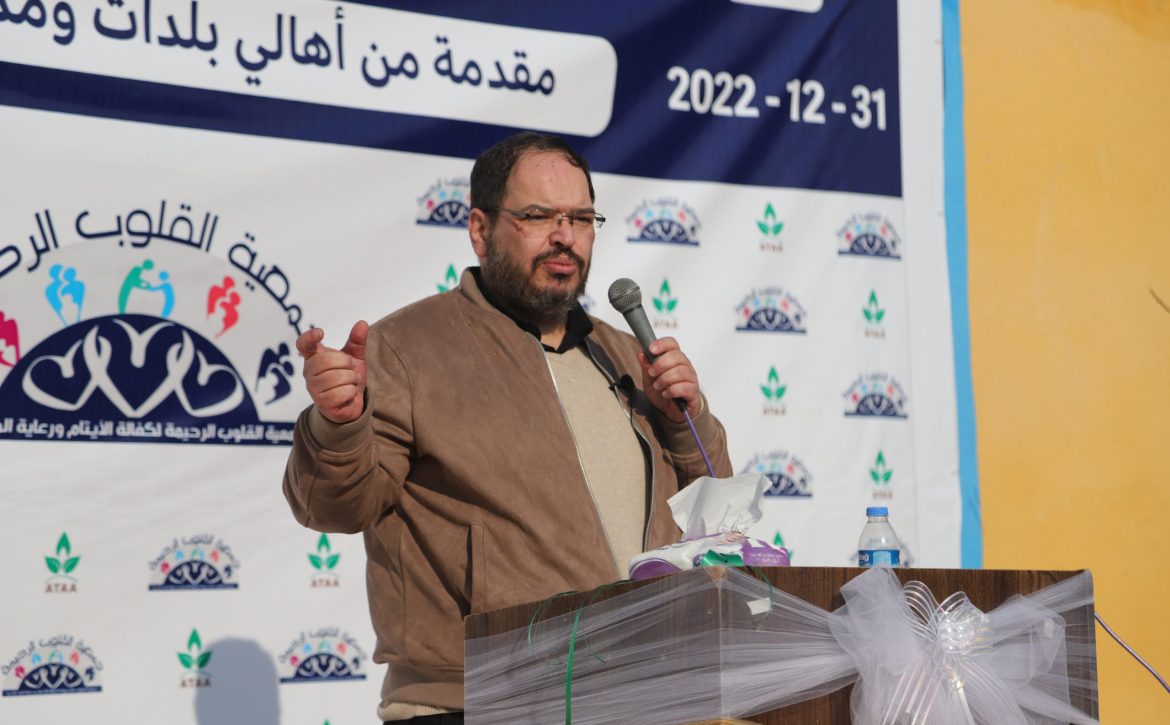 Today, Ataa Association for Humanitarian Relief, with the support of Merciful Souls Association and our people in Palestine 48, is opening ” Killi Residential Complex “, north of Idlib, with the aim of ending the suffering of the most affected families and moving them to concrete houses before the onset of winter, hoping to continue until the last family is transferred from the camps to a house that preserves their privacy and ends their suffering

And the technical workshops had completed, in the previous days, the implementation of the project of building and cladding 342 housing units in the northern countryside of Idlib, where the Complex was equipped with all basic services, including doors, windows, water and sewage installations, in addition to the infrastructure that provides public services to the beneficiaries.

While the construction works continue to Complete the rest of the services in the Complex, it is expected that the construction of a mosque, a school, and a commercial market will be completed at a later time, in response to the popular campaign that was launched in Palestine 48 under the supervision of the Merciful Souls Association, and activists from the Palestinian interior, in coordination with Ataa Association for Humanitarian Relief, to cover the winter requirements and replace the tents with housing units that provide a decent and safe life for the displaced Syrian families, in addition to being a sustainable solution to the problem of damage of the tents, which is repeated every winter.

Many of the displaced people in the regions of northern Syria are looking forward to returning to their villages, towns, and land, as it is the best solution to end their suffering, but in the absence of this, Ataa Association works with its partners to provide the best available solutions, on top of which is suitable housing for them, in order to provide stability and a decent and safe life for the most vulnerable families.

It is noteworthy that the Residential Village projects did not appear  this year, as more than one residential complex was opened in the regions of Atmeh, Jarabulus, Azaz and Sarmada, and work is underway to establish new communities.

However, the number of displaced people is much higher than that, as the regions of northern Syria contain about two million displaced people, including 630 thousand people residing in camps, according to the statistics of the United Nations Office for the Coordination of Humanitarian Affairs (OCHA), and the number of these camps is 1489, including 452 random camps. The Residential Villages project is one of the strategic projects of Ataa Association, which has realized its importance since the waves of displacement to the north of Syria increased. Years ago, the first residential community was established in 2014 in the Atmeh area, north of Idlib Governorate, and it is still continuing today in its endeavor to alleviate the suffering of our people in Syria by all possible means 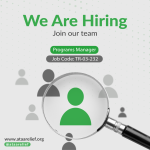 Maryam.. a rising talent on the road to success 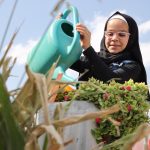