Ataa Association for Humanitarian Relief opened, yesterday, Thursday, the housing units project and an educational point in the city of Jarablus, northern Syria, with the support of the United Nations Humanitarian Fund (HPF).

The opening ceremony was attended by a number of Turkish officials, including Mr. “Fatih Ayna”, Director of Immigration Department in Gaziantep, Mr. Bakir Shan, Director of AFAD in the state of Gaziantep, and members of the local council of the Syrian city of Jarablus. On behalf of Ataa Association, Wael Al-Dada and the deputy director of our office in the city of Jarablus, Mr. Muhammad Dahla attended the ceremony, as well as representatives of Syrian and Turkish charitable organizations.

Mr. Wael Al-Dada, Director of Gaziantep office at Ataa Association, thanked the Turkish government, the United Nations Humanitarian Pooled Fund and the distinguished guests for their contribution to building the camp, and said that the success of the project had three main elements (message, need, and support).

Mr. Wael Al-Dada stressed the importance of building people and developing societies in order to help families, hoping that these projects would continue in order to secure a decent life for the displaced Syrians.

The project takes the form of a series of villages that Ataa Association seeks to build, in order to provide shelter and necessary services to more than 700 people.

For his part, Mr. Nizar Al Bustani, responsible for the shelter sector at Ataa Association, explained that the aim of establishing housing units is to supply the families most in need of housing which do not have adequate shelter to preserve their dignity and protect them from the heat of summer and cold of winter, with ready-to-use and skillful housing units from Sweden. Indicating that the construction of housing units is due to the high number of displaced people in this area, in addition to the inappropriateness of many tents due to their rupture, wear, and overcrowding.

He pointed out that the camp is composed of 180 housing units equipped with suitable standards for a decent life such as leveling the ground and paving it with gravel in addition to preparing the necessary infrastructure and extending the sanitation to suit the annual amounts of rain in the region. And special protection fences will be built around the camp, digging for sanitation and insulate the floor of the tents internally and externally.

All basic services will be provided to the camp residents, including a large park in the middle of its land, a school inside the camp with areas for child protection activities, a commercial market, a mosque, and a school in addition to distributing food and health baskets to the families who will live in the camp.

The director of education at Ataa Association, Mr. Malek Al-Talib, said that the association has established an educational point inside the camp that more than 456 students will benefit from its services and it will be supervised by an administrative educational staff consisting of 14 people. The school will be equipped with the logistical equipment and educational tools necessary for the continuation of the education mechanism.

Mr. Al-Talib pointed to the importance of the project from an educational point of view, as non-formal education will contribute to giving the opportunity to students who have interrupted their education and so, re-integrate and rehabilitate them into formal education again.

At the end of the event, the opening ribbon was cut in the presence of the Director of the Immigration Department in Gaziantep, the Director of AFAD, and members of Ataa Association. 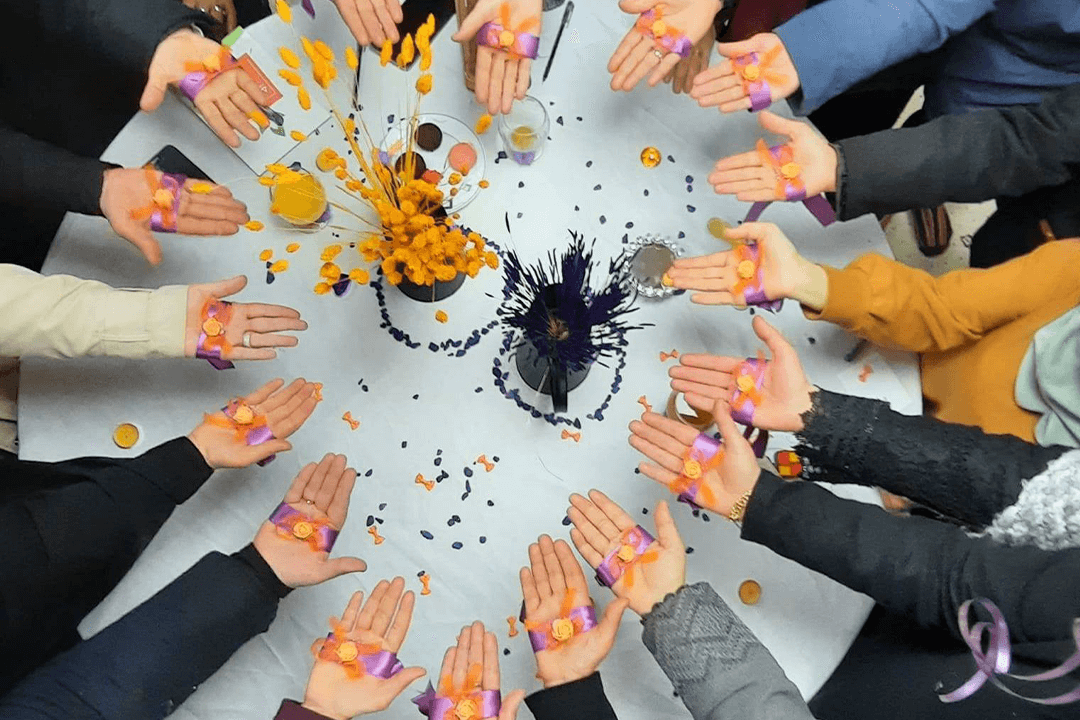