Ataa Association for Humanitarian Relief has launched a project to provide formal and informal education in Marat Misran region in the northern Syrian camps, with the support of the Humanitarian Fund, OCHA. The project aims to help children by providing and creating safe educational environments for them and protecting them from loss, in addition to creating job opportunities for teachers.

Mr. “Muhammad Al-Nasser”, the coordinator of the formal and informal education program, pointed out the importance of this project, as Ataa Association for Humanitarian Relief works to enhance educational services among children who suffer from displacement and lack of educational opportunities in remote areas in the northern Syrian camps. He added that the needs are wide and hardly met and we seek in this project to reach the camps that need educational points, and thus children can be protected by returning them to the education system so that they do not become illiterate without education or guidance, or become vulnerable to exploitation in labor, to join armed groups, or to force girls into early marriage.

Al-Nasser added that our teams at Ataa Association worked to conduct an assessment of the most important basic educational needs in the camps of Marat Misran, and that the situation in the targeted camps is very critical, as they lack any kind of educational services, and the poor educational situation is related to several factors, including : The continuous displacement of families, and the inability of families to send their children because of the high costs, and fear of sending them to schools in remote areas due to the unstable security situation, and many children suffer from psychological distress as a result of frequent displacement and harsh living conditions. Therefore, education has become a dream and a requirement that children wish to fulfill in order to preserve their safety, forget difficult circumstances and search for a better future for them.

The Education Opportunities Project provided five educational centers in northern Syrian camps, where “2988” children (girls, boys, and people with special needs) would benefit from the project, in addition to providing job opportunities for more than 108 employees (administrative and teachers). And minimizing school dropping out in the targeted camps, in addition to improving conditions for children, their parents and education personnel, to meet strongly, the challenges of the future.

The project focuses on providing a number of exemplary services for students and teachers, the most important of which are: providing educational materials and stationery for teachers and students, providing operational costs for schools, which include (electricity, drinking water, and the Internet), logistical materials needed for the educational process, and establishing health services such as drainage pit suction and a sewage system in addition to creating public WCs blocks, And health awareness sessions in schools, providing winter fuel for heating, providing solar energy to generate electricity, and providing salaries for more than 108 teachers.

Al-Nasser pointed to the most prominent awareness activities that will be implemented, which are represented by the back-to-school campaign for students who drop out or drop out of education, in addition to awareness messages in societies to focus on the importance of education and learning, building the capacity of teachers and training them on modern means, and providing bags and entertainment activities to improve the physical, mental and psychological health of the child. Providing psychosocial support activities and parent-teacher meeting sessions to improve the level of coordination, raise the level of service provided, and ensure community participation in decision-making, in addition to activating a complaints mechanism to take notes from beneficiaries for the development of the project, and establishing a referral mechanism for children, safeguarding and preserving their dignity.

Children in the camps in northern Syria are considered the most affected group in society as a result of the war, especially education, at a time when Ataa Association is trying to overcome these difficulties, which threaten an entire generation of poor education.

Ataa Association has worked since 2013 in the field of education as a humanitarian and development organization, whether through building educational facilities, schools and training centers, or providing sponsorships for students and teachers. 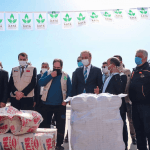 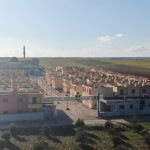