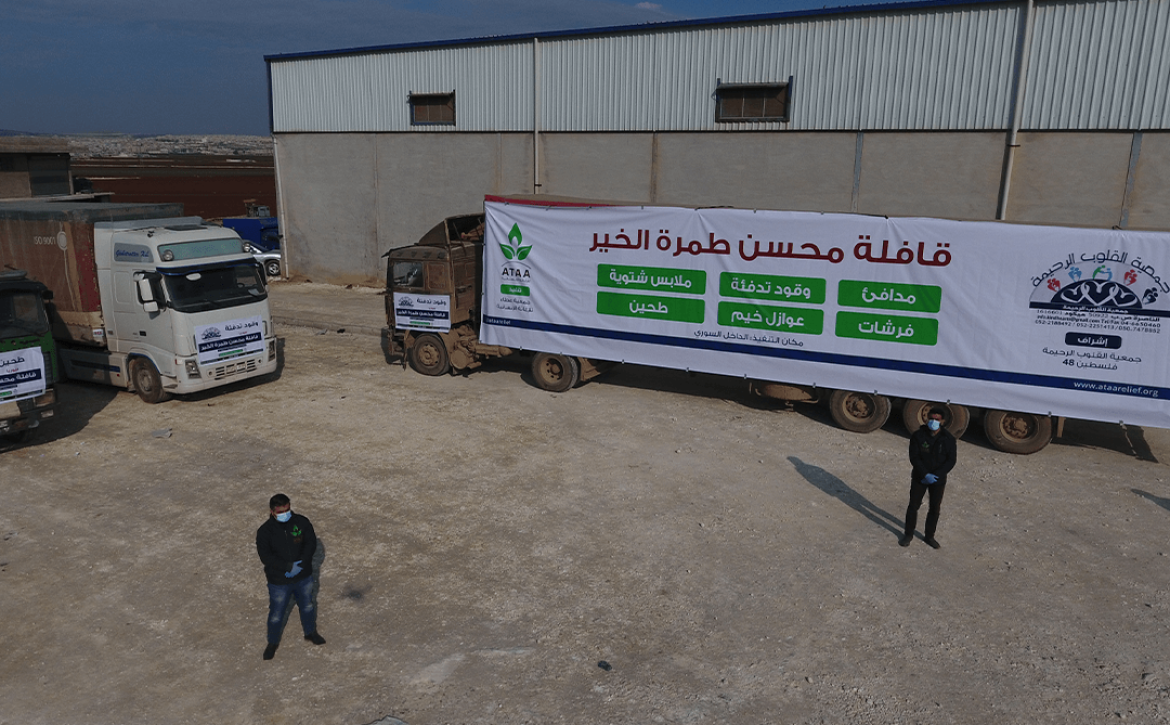 Ataa Association announced the conduct of a convoy consisting of 19 trucks of relief and humanitarian aid, as part of “Mohsen Tamra Al-Khair Campaign” provided by the (Merciful Souls Association), the people of interior  Palestinian towns and cities 1948 AD , which set off from the city of Sarmada, in support of the displaced Syrians in the villages and towns Northern Syria.

The coordinator of the winter campaign in Ataa Association, Mr. Osama Aba Zaid, said that about 50,000 beneficiaries of the displaced people in northern Syria will benefit from the relief convoy, which came to alleviate the suffering of the displaced, especially after the bitter winter that swept through the camp areas.

Mr. “Aba Zaid” explained that the aid convoy included a number of urgent relief items consisting of “flour, winter clothes, mattresses, stoves, heating fuel” in addition to insulation materials for tents, pointing out that there are about 2.7 million people in northern Syria facing challenges and difficulties in winter season.

He pointed out that Ataa, in cooperation with the Merciful Hearts Association, has conducted four relief convoys for the displaced Syrians since the start of the winter campaign for 2020/2021. As the number of aid trucks reached 44, from which nearly 100,000 people benefited. Work is still underway to distribute relief aid to the most needy beneficiaries in the camps of northern Syria.

Mr. Aba Zaid affirmed the Association’s desire to inspect the areas most in need, in order to enable the affected camp residents to obtain basic non-food items to reduce their vulnerabilities during harsh weather conditions.

Since its foundation  in 2013, Ataa Association has been seeking to provide winter relief supplies, especially for women and children, in its winter campaigns, in order to alleviate the suffering of the displaced in this season, which often comes very cold in northern Syria and southern Turkey. 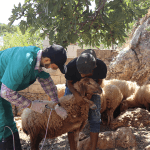