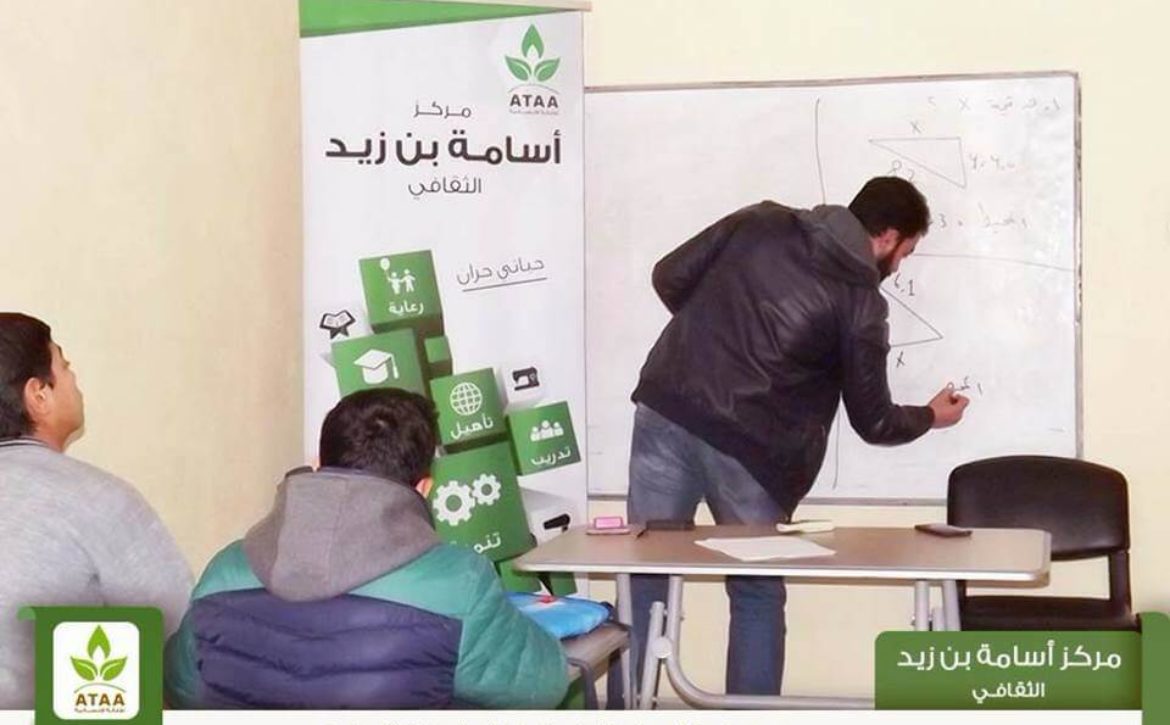 The Osama Bin Zaid Cultural Center affiliated to the community centers of the Ataa Association for Humanitarian Relief is implementing several projects in the state of Urfa, southern Turkey, to support the social development of Syrian refugees in refugee communities, and focuses on projects that provide a distinct network through an integrated system of social, educational, and cultural services, Psychological support, and facilitated access to beneficiaries with high quality.

Osama bin Zaid Cultural Center, according to its director, Engineer Marwan Al-Omar, aims to contribute to the development of the life skills of the Syrian community in the country of refugee, and to enhance the spirit of community participation and to encourage volunteer work , in addition to spreading awareness and enhancing social cohesion through education and training, in order to improve the quality of life of refugees so that anyone can participate in the center’s activities and benefit from its services as it provides a safe environment for families.

Mr. Al-Omar pointed out that the main services and courses provided by the Osama bin Zaid Cultural Center for Syrian refugees in the state of Urfa are many and varied, including training in the sewing profession, the profession of hairdresser for women, the profession of men’s shaving, computer and design courses, handicraft and crafts courses, courses in management and development photography & montage and Arabic calligraphy. Courses for teaching Arabic to non-native speakers, teaching the Turkish language, teaching the Holy Qur’an and its sciences, in addition to sports, cultural, social and entertainment activities, and psychological support for both sexes.

Mr. Al-Omar stressed the importance of the center’s role through the services and activities it provides to the refugees who are in large numbers in the city of Urfa, referring to the social relationship that brings together the center and the beneficiaries before it is a service, as it is the second home for its visitors, who find support for their educational, cultural and social needs.

Mr. Al-Omar added that the most important difficulties and challenges facing the center are the instability of the refugees’ residency in a particular place, and this constitutes a major obstacle to reaching him, in addition to the small number of community centers, which causes great pressure on the center and its staff, and the difficult living conditions of refugees, where most of them suffer from lack of income and work. And this causes a financial burden on the center in terms of the continuous need to provide all training and educational supplies for them.

In light of the spread of the Corona virus, the workflow in the center was affected, as the closure was imposed for a short period by the Turkish state to preserve the safety of refugees and workers, forcing the center to move to the alternative plan, which is distance education, as the center rehabilitated its cadres so that they could follow the progress of education and provide services, especially theoretical ones through electronic means of communication.

Al-Omar noted that the center has taken all preventive measures to limit the spread of the virus, and indicated compliance with the safety instructions specified by the Ministry of Health, as all facilities of the center were sterilized, in addition to examining and sterilizing trainees and workers before entering the center and maintaining social distancing in all activities and courses that take place inside the center.

Community centers play an important role in attracting Syrians of all groups and ages, as it provides them with services according to their conditions, needs and priorities in line with the center’s capabilities.
More than 20,890 people have benefited from the center’s services and activities since the beginning of its establishment in 2017.

For his part, Khaled Osama, one of the beneficiaries of Osama bin Zaid Cultural Center, confirmed that he was displaced from the Syrian city of Homs and had to leave his home due to the war conditions and difficult living conditions, and he fled to the city ​​of Raqqa because it was the only outlet before him, and within a short period he went to the city of Tal Abyad and entered to the Turkish lands in a humane manner with his family, as he settled in the state of Urfa, southern Turkey , because it was the closest to the Syrian border and also because of the presence of a large number of Syrians.

Mr. Khaled added: When I arrived in Urfa, I was in dire need to work in order to support my family. I did not have any financial income, so I read an advertisement on social media platforms for the hairdressing training course at Osama Bin Zaid Cultural Center, so I applied to attend the intensive course to learn the basics of men’s shaving and my goal in joining the course is to learn a profession that helps me support myself and my family.

Finally, Khaled Osama said, I enrolled in the hairdressing course at Osama Center, the equipment was all complete, the trainer was highly professional and his style was distinguished in teaching the profession, and within months of learning I got a certificate of the hairdressing profession from Osama bin Zaid Cultural Center and in the end I feel very happy to achieve my dream where I found a job in a barber shop in the state of Urfa, and I have been working with it for two years and now I see its fruits in front of me. I thank the management of Osama Bin Zaid Cultural Center, the workers and the coach who have changed my life for the better.

“Malak Al-Ali,” one of the beneficiaries of Osama bin Zaid Cultural Center, said, “She was displaced from the northern Syrian camps because of the war, and moved to Turkey in the state of Urfa. I was in dire need of work, so I started looking for any opportunity, but I did not find it, so I decided to learn a profession that would help me support myself and my family.

Malak added: my house was next to the center, so I went to visit him to learn about the services and courses it provides, and I found an advertisement for a sewing course that will start within days. I enrolled in it and began to learn under specialized trainer and within months I learned sewing profession such as tailoring, cutting, stitching, and knitting, And I became proficient in sewing excellently, and then I started working at my home, and now I work in a sewing workshop, I have become dependent on myself in securing the basic needs of my family.

Malak Al-Ali stated that she is trying to developing her skills, as she recently registered for a fashion design course that will be held by Osama Bin Zaid Center soon.

Malak commended the efforts made by the administration of the Osama bin Zaid Center in strengthening the resilience of the refugees through the cultural, training and educational services it provides to us. I thank all the training staff who helped us learn the profession of sewing. Alhamdulillah, now I feel very happy that I have become proficient in sewing, as it has changed my living conditions.

It is noteworthy that Ataa Association for Humanitarian Relief has been working since its establishment in 2013 to build and develop society through its community centers that have been the cause of changing the lives of many Syrian refugees in Turkey. 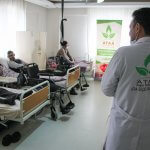