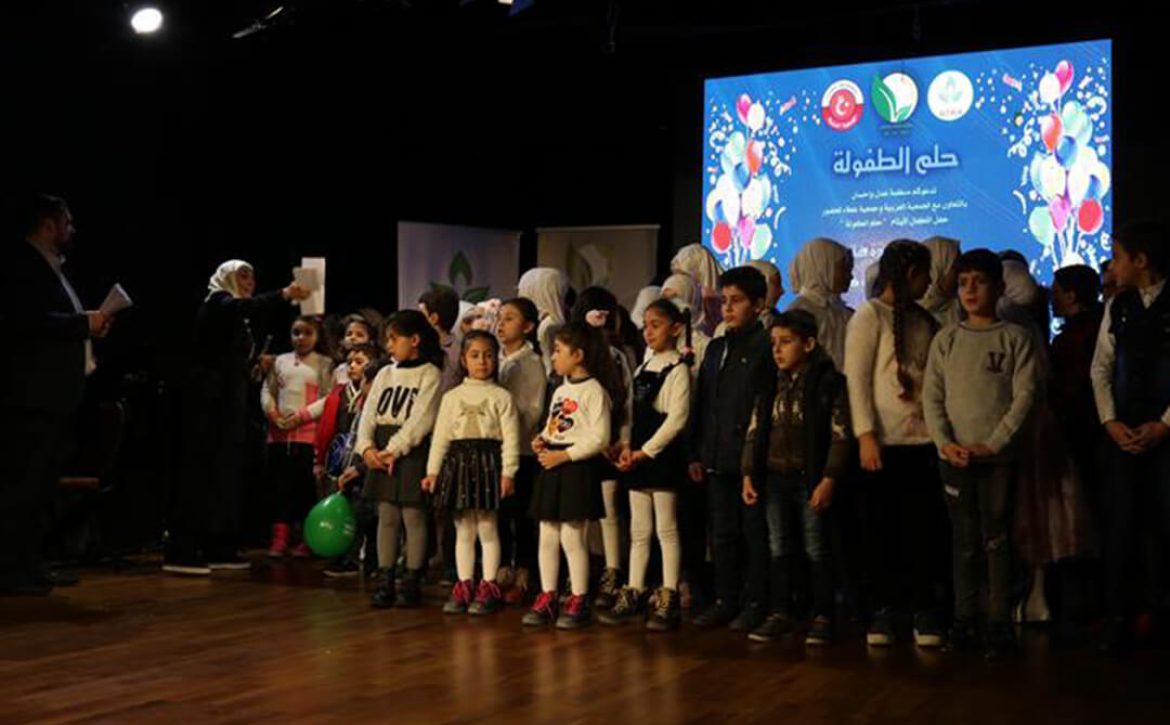 Istanbul witnessed a humanitarian event to bring happiness to the hearts of orphan children under the title “The dream of Childhood”.

The event included different sketches and shows including orphan’s recitation of Hadith and some  verses from the holy Quran and they also sang some Nasheed and did some dances.

Children and audiences also enjoyed the part of “al-Hakawati”, which shows some entertaining short stories.

The event also witnessed the distribution of certificates of appreciation to outstanding students who did well in the memorization of the Holy Quran, in addition to a number of teachers

In his opening speech, Khadr Al-Soutari, director of Adal and Ihsan organization, said it was necessary to transform the ordeal of the Syrian people into a grant by pushing the wheel of this generation’s education forward and ending previous obstacles that prevented the development of the country

The head of the ATTA branches, Anas Nasser, praised the role of the Turkish government in providing logistic services to Syrian humanitarian organizations, and also in providing permits and  licenses and facilitating their work, in addition to the official attendance of the government to these events.

He also added: “We participated as an association in this event in order to provide three messages; the first message is to orphan children to enhance their confidence in their importance in the community and encourage them to show their talents, and the second is to orphans’ mothers to thank them for dedicating their lives to raise their children, and the third message is to emphasize the role of children in building the future, that they are the pillars of this future.