Ataa Vocational Institute.. A paradigm shift for young people from consumption to production

Ataa Vocational Institute.. A paradigm shift for young people from consumption to production 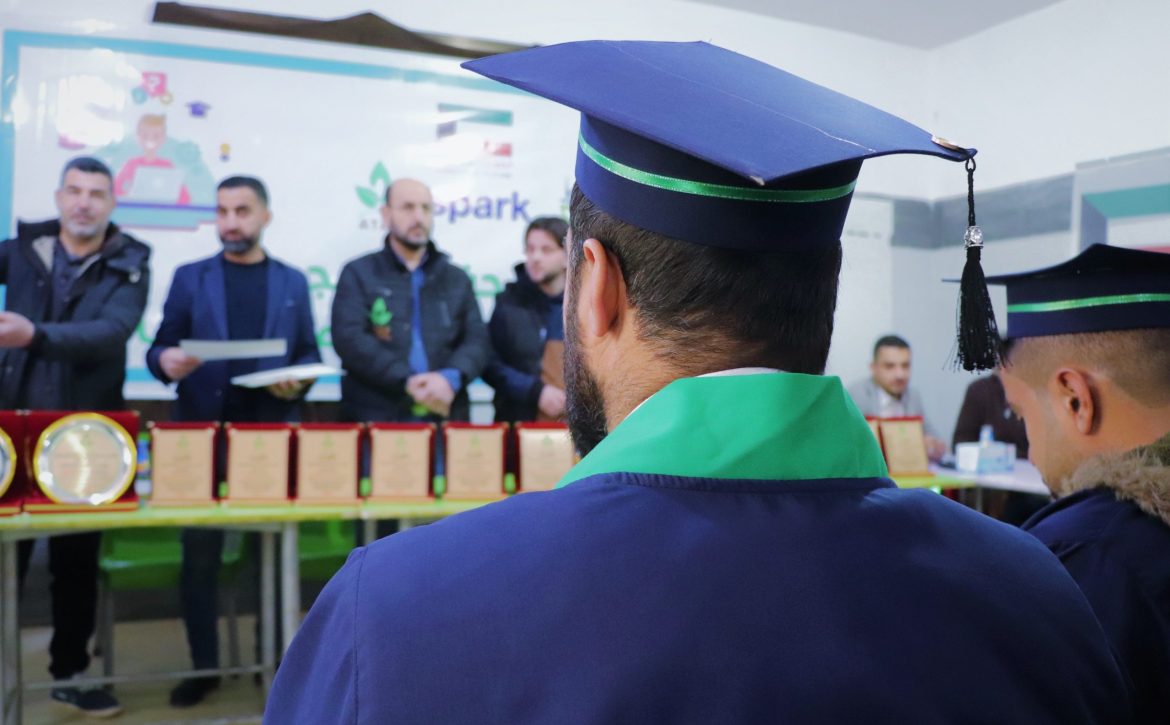 At the beginning of June 2020, Ataa Vocational Institute project was launched after being built from scratch, with the support of the Sheikh Abdullah Al Nouri Charitable Society, and equipped with the latest equipment for training, under the supervision of an academic cadre specializing in various professional fields.

The Institute started its first training in cooperation with the Dutch organization Spark and the Sheikh Abdullah Al-Nuri Charitable Society. The turnout was unexpected. The number of enrolments in the first week of the launch of the registration link reached 4,000 applications. The first batch of 352 trainees was accepted according to specific criteria and according to the Institute’s assimilation. Preferences were for families with persons with special needs, widows and orphans. 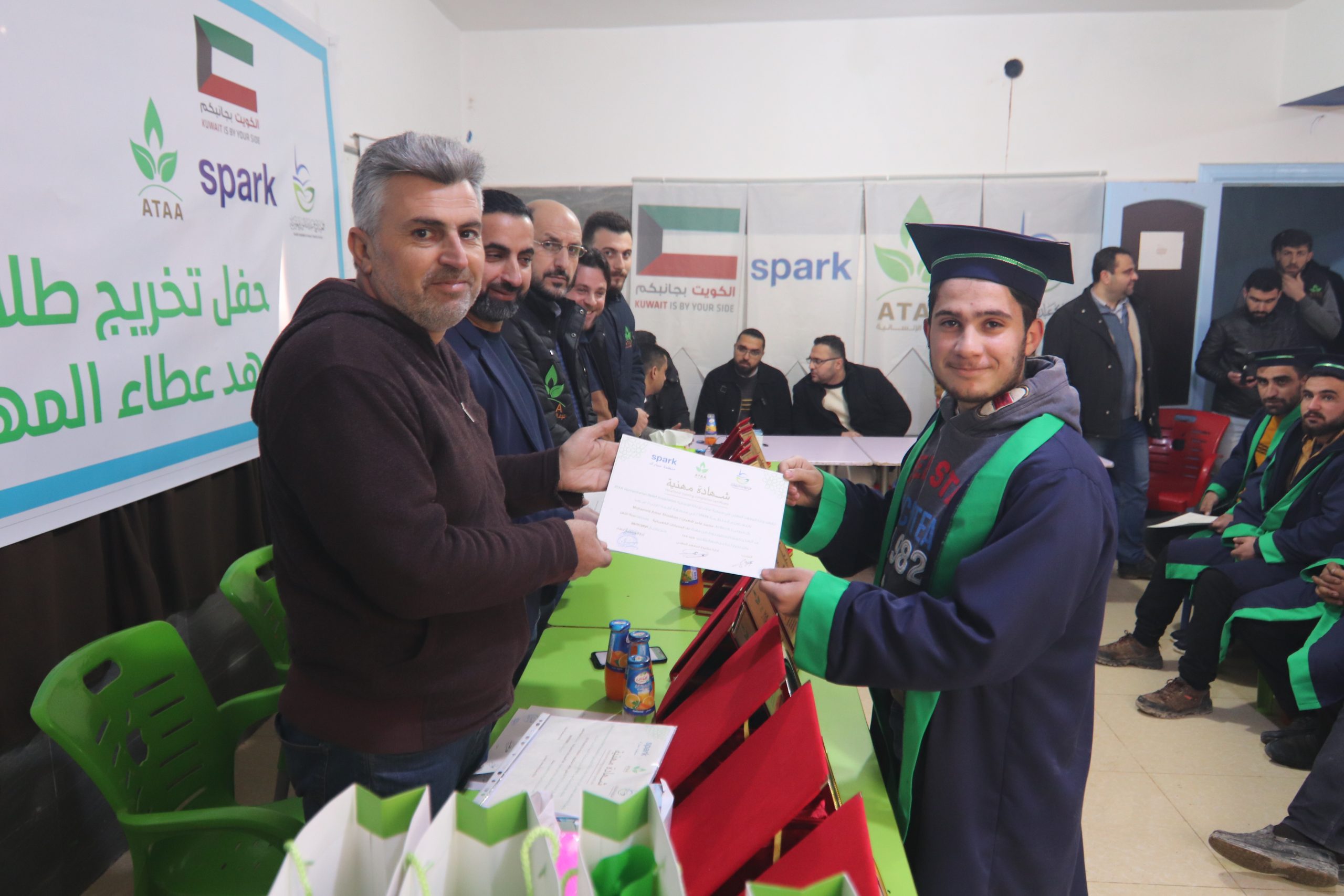 Monthly material incentives were given to trainees committed to attending the training after achieving a attendance rate of more than 90%, and his participation in daily activities in various trainings: “”Entrepreneurship, electrical, sanitary, maintenance of electrical household items, motorcycle maintenance, smartphone maintenance, computer maintenance, maintenance and installation of solar power systems, wrap engines, desserts and pastries, men’s shaving, and as well as women’s shaving.

The number of graduates of the Ataa Vocational Institute was 485, of whom 330 were in the first instalment, and 155 were in the second instalment, After training, Ataa gave grants and equipment to the first students to help them start their new projects. Most of the graduates received jobs within their competence and part of them opened their own project.

Ataa Vocational Institute, a scientific edifice in northern Syria, aims to empower and qualify young people (male and female) to enter the labour market and secure employment opportunities for those whose conditions have not helped them to pursue their education and transfer them from consumers to producers in society. 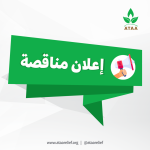