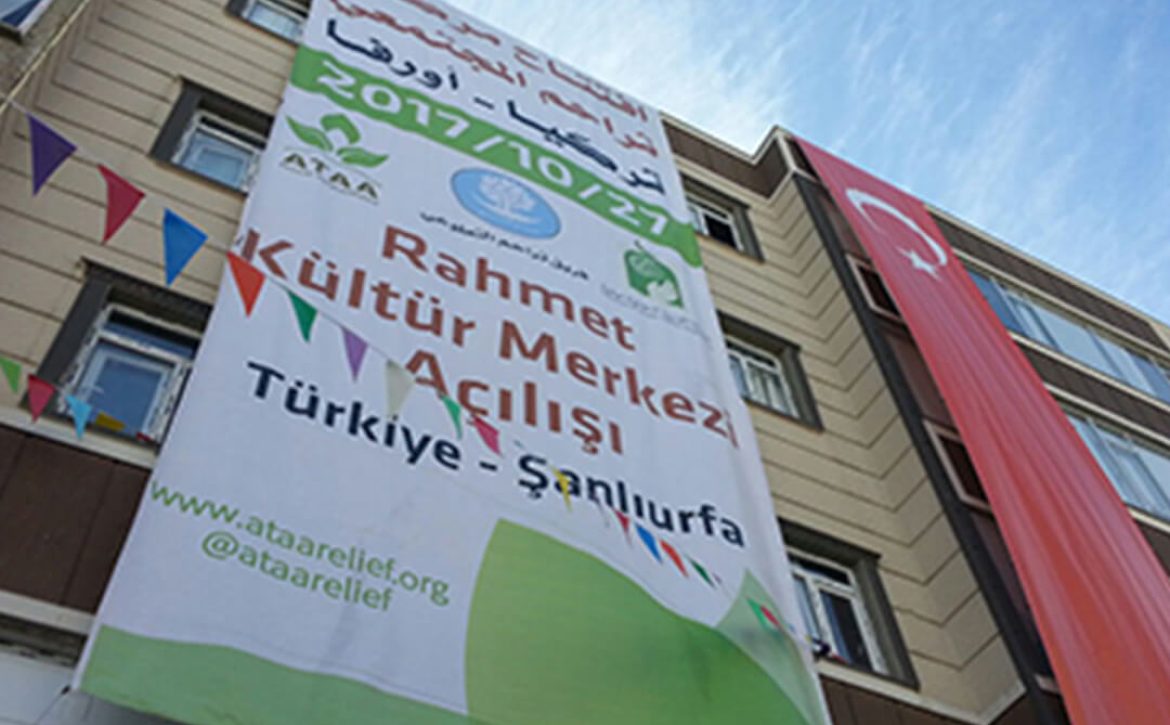 on Friday, ATAA Humanitarian Relief Association has opened “Tarahum Community Center” in Urfa with the help of the volunteering Tarahum team from Kuwait, which is a volunteer youth group interested in Syrian refugees, from the “International Islamic Charity Organization”

The opening ceremony was attended by Sheikh “Nasser Al Bassam”, Head of the Volunteer Tarahum team, “Mr. Jarrah Saleh Al Masoud”, Diplomatic Attaché at the Embassy of the State of Kuwait in Ankara, “Mrs Lana Al Rasheed”, Director of Public Relations and Media  in Kuwait, “Mr. Adel Birekdar” Director of Charitable Associations and the Registrar for the governor

The Community Center provides educational, training, habilitation and developmental services with the aim of raising the level of the society with the crisis that Syria is still suffering to this day, without any educational and cultural incubators that serve as a booster for the development and cultivation of society. The Community Center also gives huge consideration to orphans and their mothers through programs that take care of them

The center consists of several floors, in which there are a number of halls, including a sewing workshop, a vocational training hall to learn women’s hair dressing, a hall for teaching computer skills, a hall for Turkish language training and practice, a kindergarten for children (2 to 5 years old) , an activities and games hall, a  public library, a lecture and seminar hall, sleeping rooms for the gifted care program, as well as Quran reciting and memorization halls, sleeping rooms for supervisors, and a restaurant and kitchen for the center

This community center is the second of its kind. ATAA association has already opened the “Osama bin Zaid” Community Center last year in the city of Urfa, and it still continues to do its work serving the Syrian community