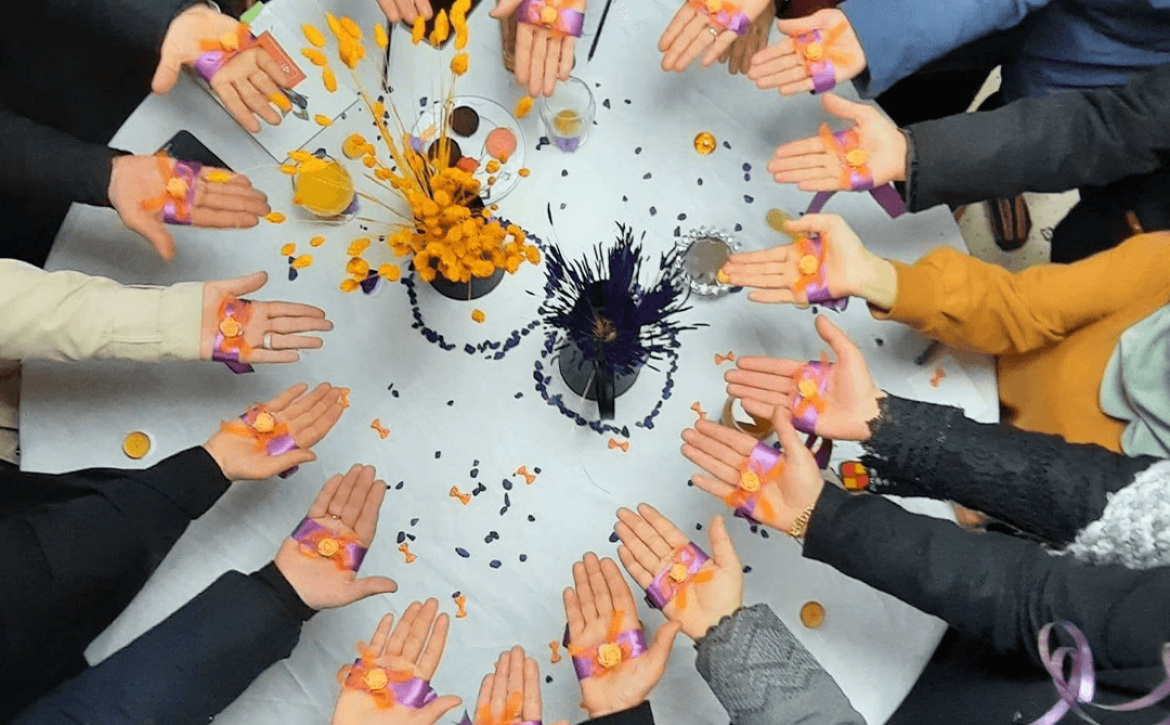 Ataa Association for Humanitarian Relief participated -in the camps of northern Syria and southern Turkey- in the International Day for the Elimination of Violence against Women, which was launched by the United Nations under the slogan “Unite” and the campaign lasted for 16 days.

The United Nations declared the International Day for the Elimination of Violence against Women for this year with the title “Turning the World into Orange”, and the orange colour symbolizes a brighter future free of violence against women.

On this occasion, Ataa Association launched several activities to eliminate violence against women, and several women participated in the seminar held in Atma camps in northern Syria, with the aim of raising awareness and increasing momentum to end violence against women and girls. The importance of the role of women in society and the necessity of their participation in various fields of work were discussed. At the end of the symposium, teachers and workers in Ataa cadres were honored for their efforts and sacrifices in community service.

In another awareness-raising activity, a group of girls participated in a dialogue session on violence against women, held at the community centers of Ataa Association in the state of Urfa, southern Turkey, during which a story was read aimed at raising awareness about gender-based violence, and the recognition of violence against women as a violation of human rights. The importance of the role of women in society and the preservation of their dignity were discussed.

Ms. Dima Maarawi, Advocacy Director at Ataa Association, said that the difficulties and challenges facing women in northern Syria and southern Turkey, many of which are insecurity that prevents women from moving freely, in addition to the lack of a right environment that contributes to activating the role of women.

She pointed out that many Syrian families lost their breadwinners during the war, which made the burden of spending fall on the shoulders of women who took the role of the breadwinner for their families, and began to face many difficulties in the fields of work, not to mention the lack of awareness that leads to diminishing their importance and role in society.

Since its establishment in 2013, Ataa Association has worked to strengthen its role as a humanitarian organization that contributes to protecting women, and has presented many projects in northern Syria and southern Turkey through its community centers, in order to activate the role of women and enhance their status by launching several programs to equip them with life skills in different professions (sewing course, Computer skills, counseling and psychological support, nursing, education, and cultural seminars).